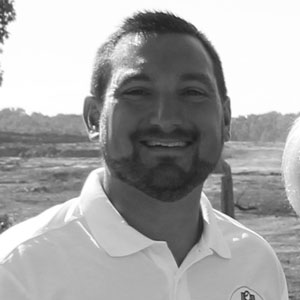 Throws: Right – no speed but I’m a mean BP pitcher
Bats: With Authority
Childhood Hometown: St. Louis
Position: In baseball, I played catcher for most of my career – which is why I have had four knee and three rotator cuff surgeries. I also played second and third. In slow pitch softball, I’m just happy I can step on the field anymore but I can still drop bombs for an old man.

Favorite Youth Sports Memories: I loved playing baseball and did so through my freshman year of college. I went to Lafayette HS in Wildwood, MO, and I hit a grand slam in my first HS at-bat. I could always hit but I certainly could have been better in the field. But I always blamed either my equipment or bad hops so it really wasn’t my fault. I like to say that Ryan Howard, David Freese, and Luke Voit like to tell people they went to Jeff Vernetti’s High School. But it never gets more than a chuckle so maybe I should stop saying that.

My favorite memories as a fan were going to Mark McGwire’s 61st and 70th home run games during his 1998 season, seeing my favorite player Will Clark wear the Cardinals uniform and hit an HR in his first game, and seeing some amazing moments during the 2006 and 2011 World Series. Plus I was able to go to the last game at Busch Stadium II, the first game at Busch Stadium III, and the 2009 All-Star Game.

Relative Awards, Certifications, & Degrees: Certainly Rammer’s radio career is far more impressive, but I spent over ten years in broadcasting. I hosted thousands of shows in multiple dayparts in a top 25 radio market in the country on 590 The Fan, CBS Sports 920, and 1380 ESPN. I worked 7 Super Bowls, covered and traveled with the Rams for two seasons for the station, and over the years have done hundreds of play by play games (SLU women’s basketball, SEMO baseball, and women’s basketball, indoor football, Missouri Valley basketball, countless HS football, and basketball, STL TV, Arkansas Travelers minor league baseball, etc). I’ve had the chance to work every major sporting event college/pro except the NBA finals and NHL Stanley Cup – but got to go to the later as a fan. Worked Super Bowls, World Series, Final Four, Regional and conference tournaments, All-Star Game, PGA majors, etc. I won Missouri Broadcasting awards for play by play and production, Indoor Football League Announcer of Year.

If I miss anything in broadcasting it’s the chance to interview some of the greats. I’ve interviewed my heroes (Kurt Warner, Will Clark) dozens of NFL and MLB HOF (like Joe Montana, Jerry Rice, Barry Sanders, Reggie Jackson, Hank Aaron, Cal Ripken), movie stars (like Adam Sandler, Chris Rock, Kevin Costner, Dan Aykroyd), wrestlers and boxers (like Hulk Hogan, Ric Flair, Floyd Mayweather), Blues and Rams HOF (like Hull, MacInnis, Faulk, Bruce), and every Cardinal HOF (or will be) that is or was alive when I was in radio (Musial, Red, Gibson, Ozzie, Whitey, LaRussa, Brock, Torre, Albert, Yadi, Waino).

Family My wife Kelly is a teacher at School of the Osage and is also the dance coach. We’ve been together since High School and married since 2001. I took her to see the movie ‘A Few Good Men’ on our first date in 1992. She’s clearly the luckiest woman in the world. My son Dominick and daughter Isabella both go to the School of the Osage as well. Dom plays football and baseball, and he is an avid gamer. Bella loves to ride horses, is a member of 4-H, and also is a cheerleader.

Why I Love the Lake of the Ozarks? What’s not to love? We’ve lived here full-time since 2017 and we can’t imagine living anyplace else. The people, the food, the small-town atmosphere, the entertainment – it has it all. There’s nothing better than when you’re having a long day, filled with stress and the pressures of life than to go sit on our dock and take in the beautiful scenery and let all of that stress and pressure go. We live where people vacation and I don’t take that for granted.

Other noteworthy bio info: I love the St. Louis Blues, and I have had season tickets for the last ten years. Their Stanley Cup win was my favorite sports moment ever. Oh, and I’m 2-0 as a professional wrestler. 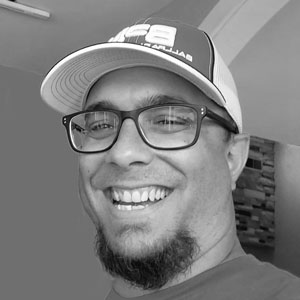 Favorite Youth Sports Memories: We got to play baseball in the Khoury League National Championships when I was 15. This was before travel ball took off so it was a big deal for a team from a small town in Missouri to travel to Paducah, Kentucky to play against teams from other states. We won the state championship of our level, beating a team from St. Louis.

Why I Love the Lake of the Ozarks: I love living where other people vacation. My life is about making memories with my family and friends, and there is no better place to do that in the midwest. 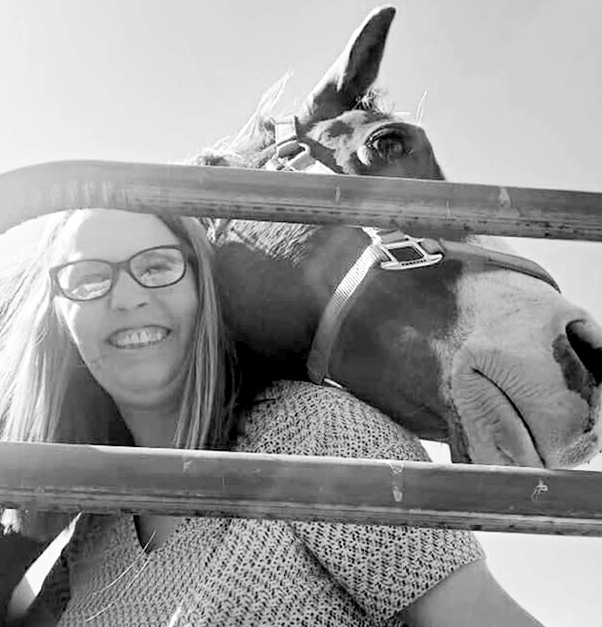 Favorite Youth Sports Memories: My dad coaching my softball team. There are so many stories to share but the main memory is he was always there watching me play.

Education: I received my Associates in Office Administration from Missouri College.

Awards, Highlights, & Honors: My friends think I’m stellar so that works for me! Maybe one day they will get a plaque made so I can hang it on my wall.

Family: My beloved Jamie who was the light of my life left me way too early. I am the mom of 3 amazing sons. Jonathan is 25 and is making a successful life for him working in St Louis. David is 24 and recently graduated from Missouri State and is working as an assistant music teacher. PJ is 28 and is a father of 4 AMAZING children. (Proud Gigi moment). The new love of my life is Kayo, a studly quarter horse. Ha!

Why I Love the Lake of the Ozarks: I first visited the Lake of the Ozarks three years ago (2017) when my closest friends moved here. I was at a place in my life after losing Jamie that I needed a change of pace and a new positive outlook on life along with blessed beginnings. I love the lake life motto…. Life is Better at the Lake!

Fun Fact: My name is spelled MICKI, not like the mouse with an IE and not with an EY. 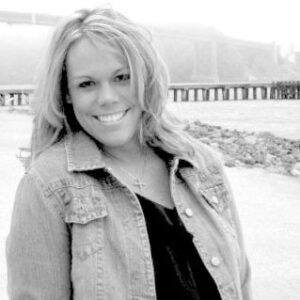 Bats: Right
Throws: Right
Childhood Hometown: Liberty, MO
Position: Outfield. I was playing infield and was nailed in the eye by a line drive playing coed softball in 2004. My left orbital wall is reconstructed. I now have anxiety of anything coming at me at a fast speed. So, the further away I can be from the ball coming at me, the better! Ha.

Favorite Youth Sports Memories:  Walking into the student union for freshman orientation at The University of Kansas and the KU Women’s Rowing Coach asking if I wanted to be on his team. “Ummmm, sure why not?” I was only on the team for one season before heading to the Missouri side but it’s still fun to say I was on the KU Rowing Team no matter how short of time it was!

Awards, Highlights, & Honors: Wedding photos that I had taken at the Kansas City Zoo were published in People Magazine.

Family: I married my husband Charlie, a private golf instructor in 2017. I am the lucky mom of three kiddos. Tyler (17), Landon (11), and Delaney (2). Both boys started playing baseball when they were 4 years old. Ty will be playing his last year of football at Liberty North High School this fall. He is being actively recruited by colleges for baseball but no decision has been made where he will attend. Landon is “the middle” child and keeps me on my toes. He loves all sports and is always on the go when I’m not letting him play video games. He’s the one causing my gray hairs to increase. Delaney was my miracle baby that I never expected at the young age of 41. I’ve always been a baseball mom but she loves heading to the golf course with her dad. We will have to wait and see which way her swing will go! I also have two fur babies. Augusta (Auggie) is our lovable 90 pound Goldendoodle and Finnigan (Finn) is our 8-pound Shorkie.

Why I Love the Lake of the Ozarks: I started visiting the lake in the early 90’s when I was in high school and fell in love with it. I’ve always been more of a small-town girl at heart and a huge water lover. I am so excited to be relocating from Kansas City and have my family enjoy the more quiet life than the everyday hustle and bustle of the city. However, there may be an adjustment period of the kids realizing they aren’t on vacation and actually have to do chores like normal life!